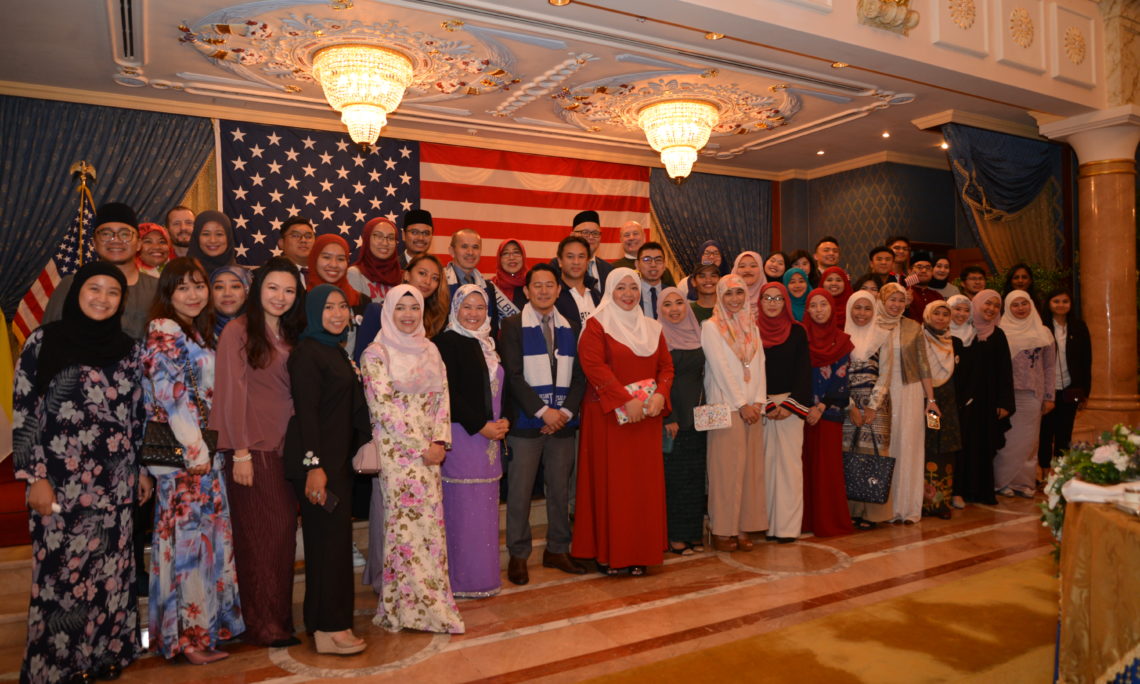 July 3, 2019 – U.S. Ambassador to Brunei Darussalam Matthew J. Matthews hosted a celebration of the 243rd Independence Day of the United States with the theme of “People-to-People Connections,” illuminating the professional, educational, and cultural ties between Bruneians and Americans.

In his welcoming remarks, Ambassador Matthews emphasized that it is “the many people-to-people connections that energize and create the special meaning in the relationship between Brunei and the United States.” These ties were illustrated by the many Bruneians who raised their hands when the Ambassador asked who had studied in the United States, participated in exchange programs, or trained with the U.S. military.

Ambassador Matthews presented the Minister of Education with a memento from the State University of New York at Albany, where the Minister earned a master’s degree.

The event included a special exhibition on Bio-inspired Sensing Technologies, a collaborative project between Universiti Brunei Darussalam and Virginia Polytechnic Institute and State University in the United States. Jerudong International School students Shana Holmes and the JIS Saxophone Chamber Group performed the national anthems of Brunei and the United States as well as American musical classics.

The event was held in the Royal Berkshire Hall at the Royal Brunei Polo and Riding Club in Jerudong.