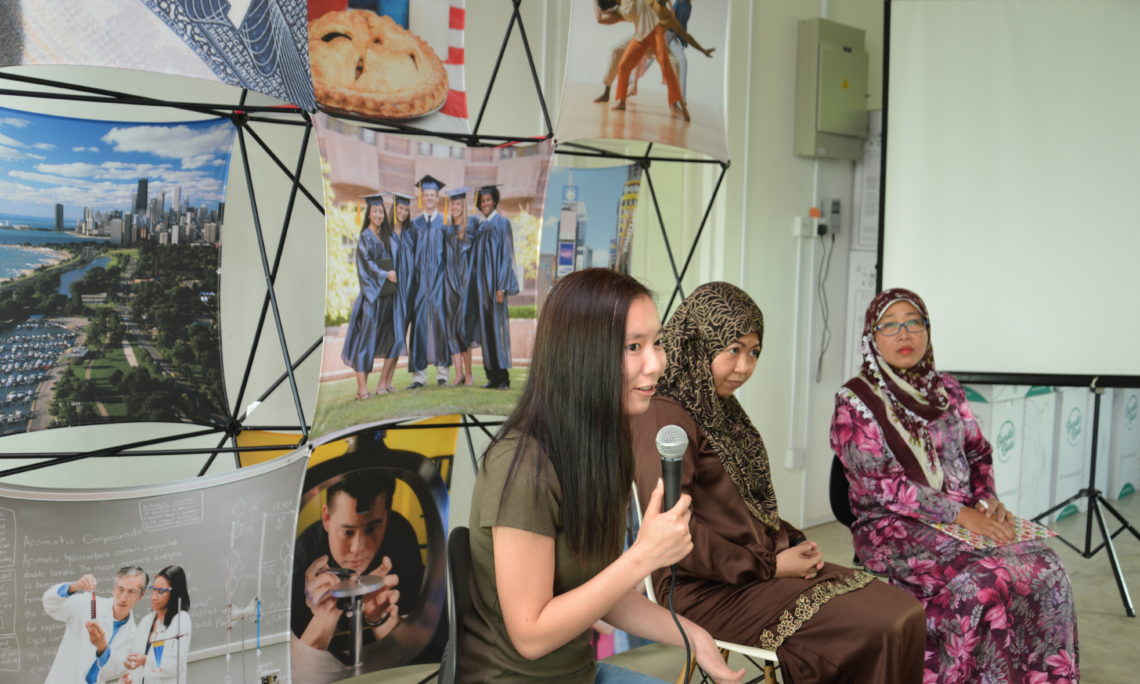 Panelist at the EducationUSA Pre-Departure Orientation

On May 19, the U.S. Embassy’s academic advising service, EducationUSA, hosted a Pre-Departure Orientation (PDO) for students in Brunei Darussalam who plan to study in the United States for the 2017-2018 academic year. The orientation was held at Collective Art Events in Gadong.

The PDO assisted students in preparing for their move from Brunei to the United States after being accepted to a U.S. university or college.  Students, parents, school counselors, alumni members, and representatives from the Ministry of Education (MoE) and scholarship-giving bodies attended the orientation. U.S.-bound students and their parents also had the opportunity to meet with students currently studying in the United States, as well as with members of the Brunei-U.S. Association (BUSA) who offered tips on how to prepare for the U.S. academic, social, and cultural environment.

Representatives of the Embassy’s Consular Section also delivered a briefing on student visa applications, and gave tips on traveling and arriving in the United States.

U.S. Embassy Public Affairs Officer Catherine Muller said, “On behalf of the U.S. Embassy in Brunei Darussalam, I would like to congratulate all the students who have been accepted into the universities and colleges of their choice. I wish you great success in your chosen academic fields and a fulfilling experience in the United States of America.”