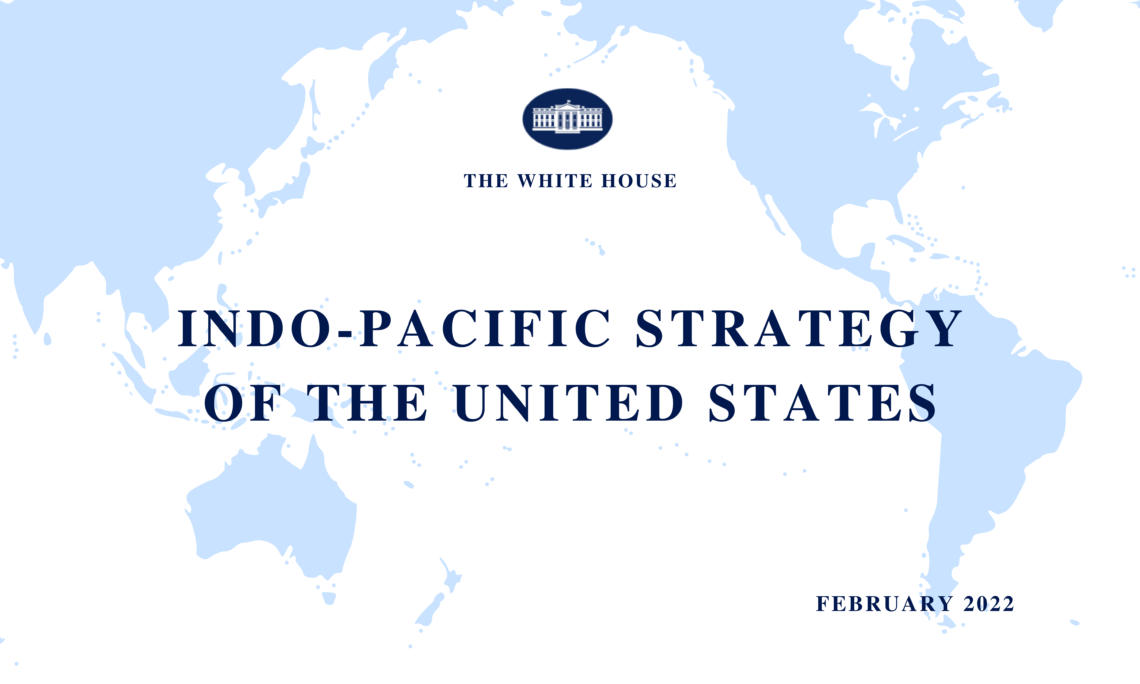 “We envision an Indo-Pacific that is open, connected, prosperous, resilient, and secure—and we are ready to work together with each of you to achieve it.”
President Joe Biden
East Asia Summit
October 27, 2021

The Biden-Harris Administration has made historic strides to restore American leadership in the Indo-Pacific and adapt its role for the 21st century. In the last year, the United States has modernized its longstanding alliances, strengthened emerging partnerships, and forged innovative links among them to meet urgent challenges, from competition with China to climate change to the pandemic. It has done so at a time when allies and partners around the world are increasingly enhancing their own engagement in the Indo-Pacific; and when there is broad, bipartisan agreement in the U.S. Congress that the United States must, too. This convergence in commitment to the region, across oceans and across political-party lines, reflects an undeniable reality: the Indo-Pacific is the most dynamic region in the world, and its future affects people everywhere.

The United States will pursue an Indo-Pacific region that is:

The prosperity of everyday Americans is linked to the Indo-Pacific. That fact requires investments to encourage innovation, strengthen economic competitiveness, produce good-paying jobs, rebuild supply chains, and expand economic opportunities for middle-class families: 1.5 billion people in the Indo-Pacific will join the global middle class this decade. We will drive Indo-Pacific prosperity, including by:

For 75 years, the United States has maintained a strong and consistent defense presence necessary to support regional peace, security, stability, and prosperity. We are extending and modernizing that role and enhancing our capabilities to defend our interests and to deter aggression against U.S. territory and against our allies and partners. We will bolster Indo-Pacific security, drawing on all instruments of power to deter aggression and to counter coercion, including by:

The Indo-Pacific faces major transnational challenges. Climate change is growing ever-more severe as South Asia’s glaciers melt and the Pacific Islands battle existential rises in sea levels. The COVID-19 pandemic continues to inflict a painful human and economic toll across the region. And Indo-Pacific governments grapple with natural disasters, resource scarcity, internal conflict, and governance challenges. Left unchecked, these forces threaten to destabilize the region. We will build regional resilience to 21st-century transnational threats, including by: