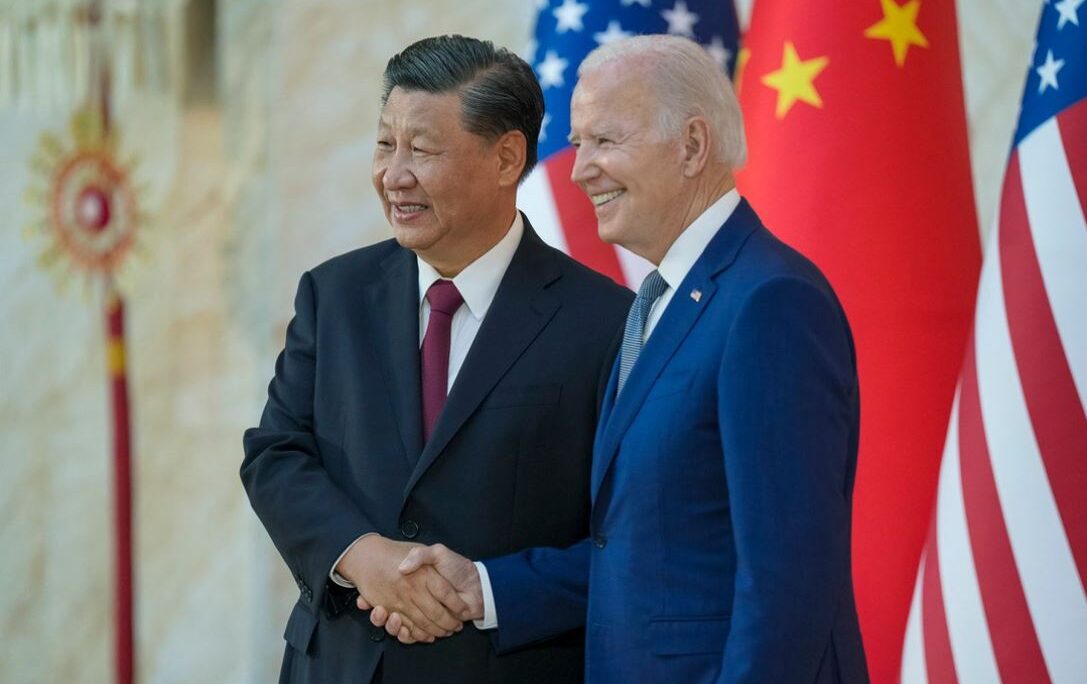 President Joseph R. Biden, Jr. met on November 14 with President Xi Jinping of the People’s Republic of China (PRC), in Bali, Indonesia. The two leaders spoke candidly about their respective priorities and intentions across a range of issues. President Biden explained that the United States will continue to compete vigorously with the PRC, including by investing in sources of strength at home and aligning efforts with allies and partners around the world. He reiterated that this competition should not veer into conflict and underscored that the United States and China must manage the competition responsibly and maintain open lines of communication. The two leaders discussed the importance of developing principles that would advance these goals and tasked their teams to discuss them further.

President Biden underscored that the United States and China must work together to address transnational challenges – such as climate change, global macroeconomic stability including debt relief, health security, and global food security – because that is what the international community expects. The two leaders agreed to empower key senior officials to maintain communication and deepen constructive efforts on these and other issues. They welcomed ongoing efforts to address specific issues in U.S.-China bilateral relations, and encouraged further progress in these existing mechanisms, including through joint working groups. They also noted the importance of ties between the people of the United States and the PRC.

President Biden raised concerns about PRC practices in Xinjiang, Tibet, and Hong Kong, and human rights more broadly. On Taiwan, he laid out in detail that our one China policy has not changed, the United States opposes any unilateral changes to the status quo by either side, and the world has an interest in the maintenance of peace and stability in the Taiwan Strait. He raised U.S. objections to the PRC’s coercive and increasingly aggressive actions toward Taiwan, which undermine peace and stability across the Taiwan Strait and in the broader region, and jeopardize global prosperity. President Biden also raised ongoing concerns about China’s non-market economic practices, which harm American workers and families, and workers and families around the world. He again underscored that it is a priority for us to resolve the cases of American citizens who are wrongfully detained or subject to exit bans in China

The two leaders exchanged views on key regional and global challenges. President Biden raised Russia’s brutal war against Ukraine and Russia’s irresponsible threats of nuclear use. President Biden and President Xi reiterated their agreement that a nuclear war should never be fought and can never be won and underscored their opposition to the use or threat of use of nuclear weapons in Ukraine. President Biden also raised concerns about the DPRK’s provocative behavior, noted all members of the international community have an interest in encouraging the DPRK to act responsibly, and underscored the United States’ ironclad commitment to defending our Indo-Pacific Allies.

The two leaders agreed that Secretary of State Blinken will visit China to follow up on their discussions.