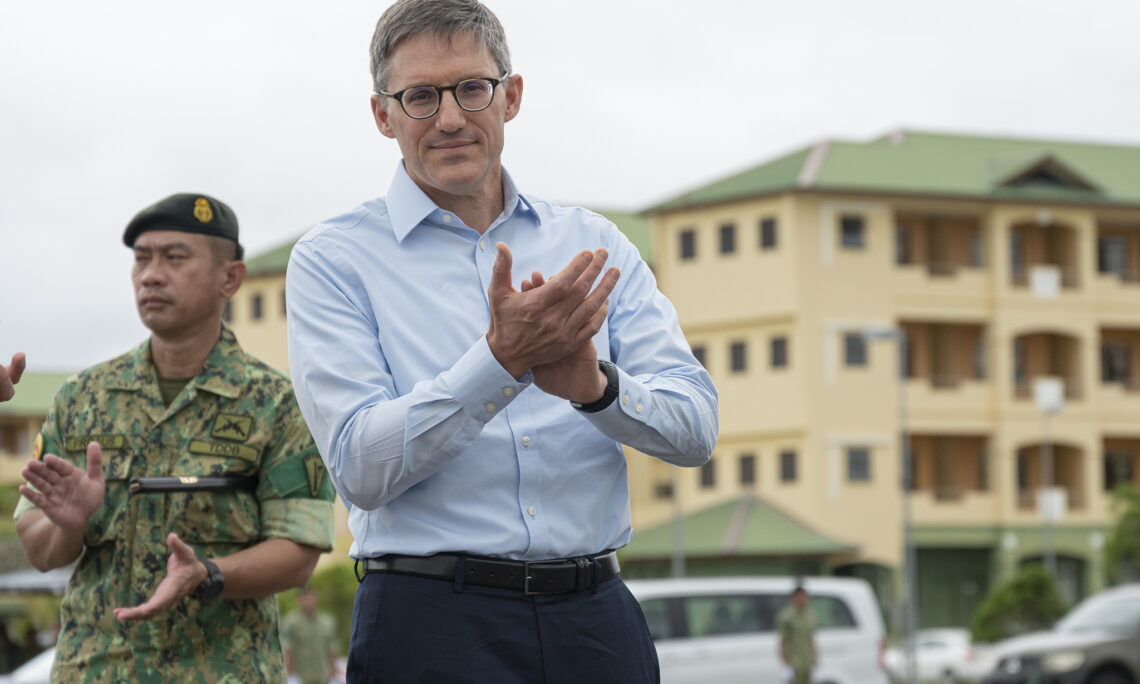 State Department Counselor Derek Chollet paid an official visit to Brunei on June 12-13. The Counsellor, accompanied by U.S. Ambassador to Brunei Darussalam Caryn McClelland, met with several government officials and civil society leaders during his short trip to the sultanate.

Counselor Chollet’s visit is the first high-level U.S. engagement with Brunei since Secretary John Kerry’s visit to the sultanate during Brunei’s ASEAN Chairmanship in 2013. Counselor Chollet also travelled to Thailand and Singapore during his tour in Southeast Asiafollowing up on the outcomes of last month’s U.S.-ASEAN Special Summit in Washington, DC and demonstrating the U.S. commitment to work with allies and partners to restore Burma’s path to democracy.

The Counselor’s visit highlights the deep U.S. commitment to important ASEAN and bilateral partnerships in Southeast Asia. He reaffirmed the U.S. commitment to Brunei and discussed on U.S.-Brunei’s ongoing cooperation in security, commerce, climate action, health and education.