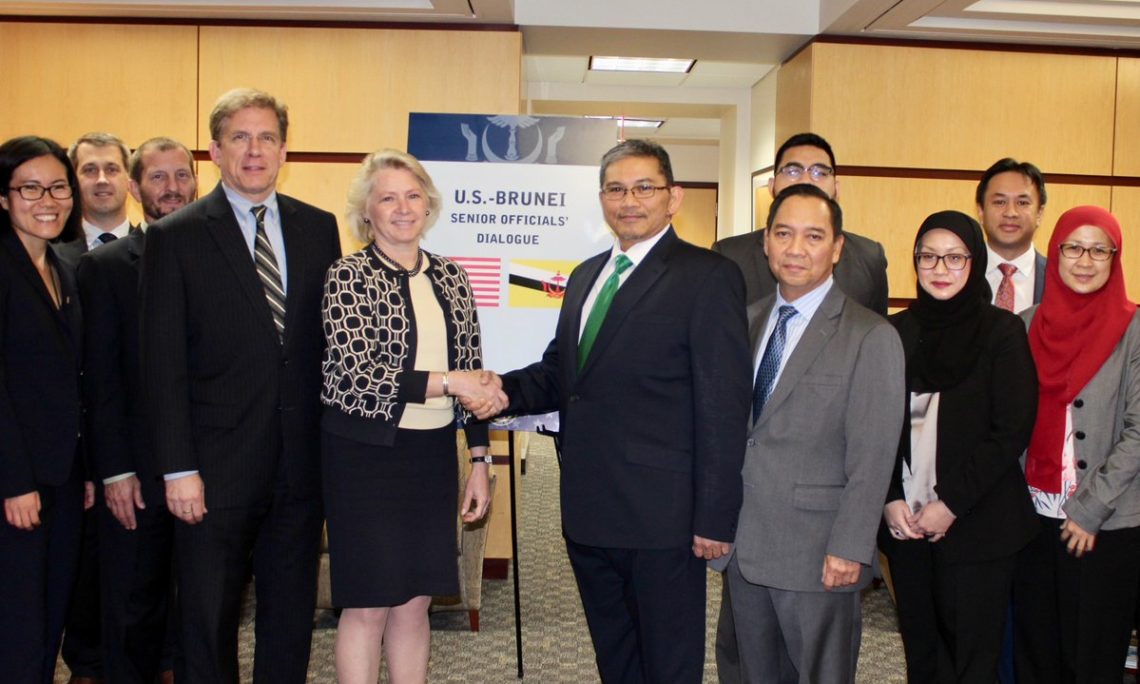 U.S. and Bruneian officials discussed broader regional developments and security concerns, including the DPRK and the South China Sea.  Acting Assistant Secretary Thornton reiterated the enduring U.S. commitment to Southeast Asia and the central role that ASEAN plays in the Indo-Pacific region.

The U.S. and Brunei delegations reviewed their close bilateral security partnership, including the expanding cooperation in counterterrorism and through joint military exercises.  The two delegations also discussed human rights, combatting trafficking-in-persons, and opportunities for expanding bilateral trade and investment.

The U.S. delegation highlighted the importance of deepening people-to-people ties, noting the success of the Young Southeast Asian Leaders Initiative (YSEALI) and Fulbright Program in Brunei.  Both delegations look forward to holding the Fourth Senior Officials’ Dialogue in the coming year.

Check out the video here.