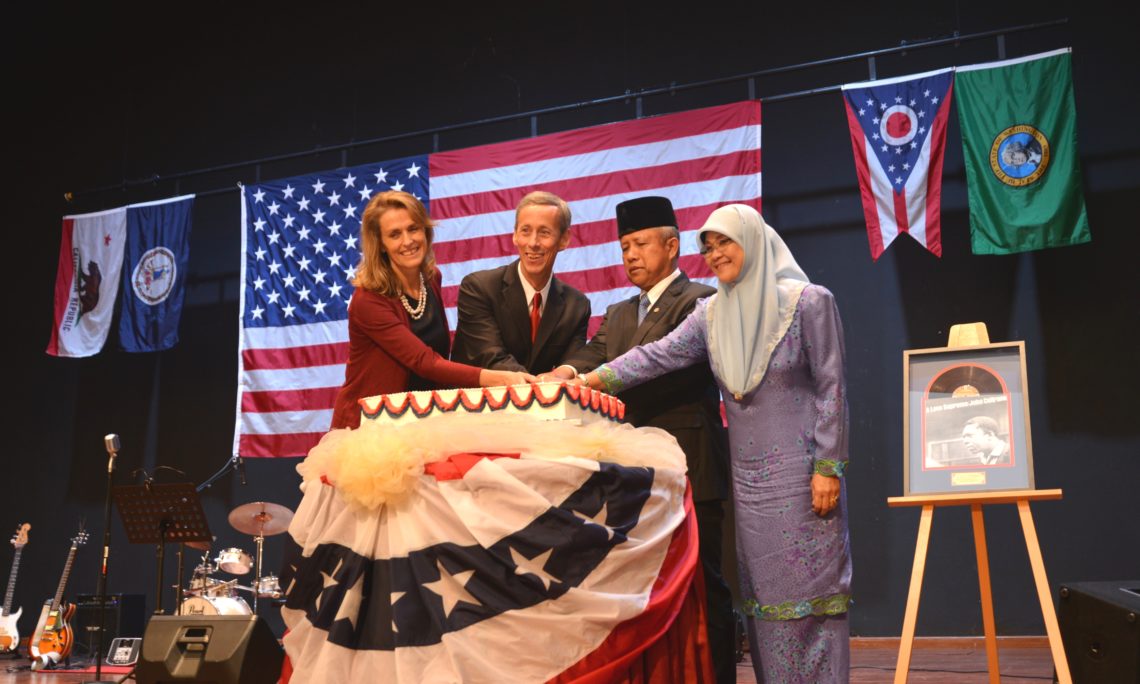 September 21, 2016 – U.S. Ambassador to Brunei Darussalam Craig Allen hosted an event to celebrate the 240th Independence Day of the United States with the theme of “Celebrating America: The Birthplace of Jazz.” The event was held in the Indera Samudra Hall at the Empire Hotel and Country Club in Jerudong.

Ambassador Allen delivered brief remarks, notably on jazz’s reflection of America itself: “Jazz, its history, and the cultures associated with it perfectly demonstrate a number of traits that we, as Americans, hold dear: diversity, innovation, collaboration, and fun… Our jazz entertainment tonight is a manifestation of the fact that we believe that by experiencing some jazz here, you’re experiencing a piece of America—an America that, like jazz, is open, creative, embracing, expanding, exhilarating, diverse, and free.”

As a gift of appreciation, Ambassador Allen presented the Guest of Honor with a framed vinyl album by jazz legend John Coltrane titled, “A Love Supreme.”