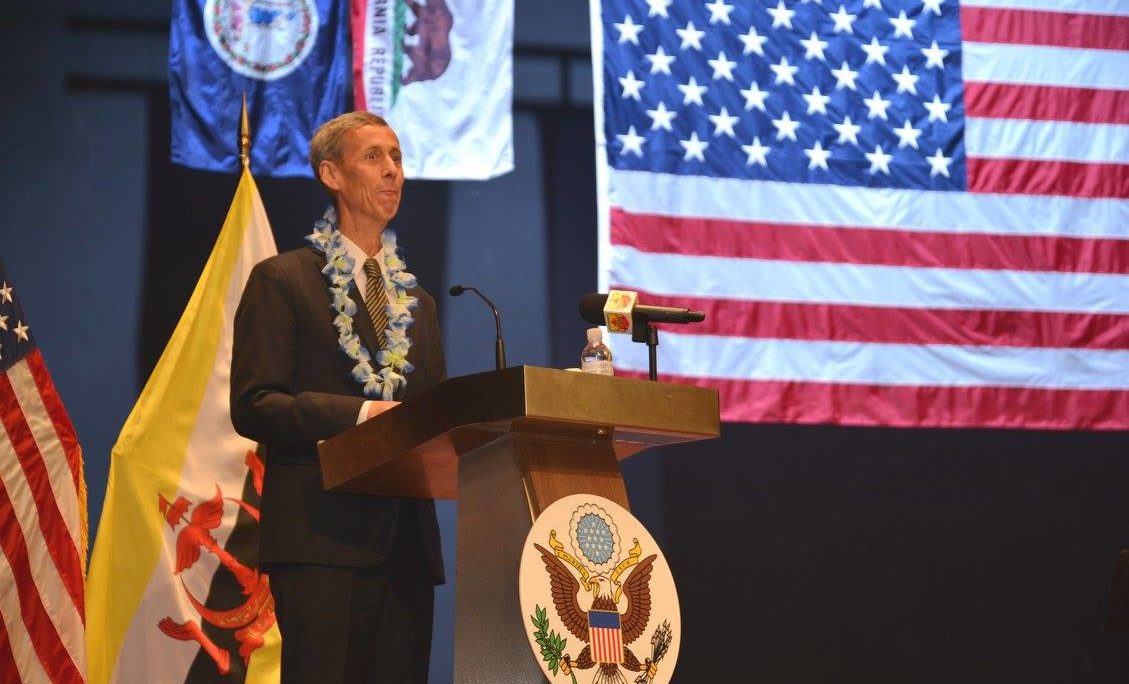 U.S. Ambassador to Brunei Darussalam Craig Allen on August 21, 2017, hosted an event to celebrate the 241st Independence Day of the United States with the theme of “Hawaii – Spirit of Aloha.”  The event was held in the Indera Samudra Grand Hall at the Empire Hotel and Country Club in Jerudong.

Ambassador Allen delivered brief remarks on the similarities between Hawaii and Brunei, saying, “Like Brunei, Hawaii has a wonderfully warm and hospitable culture and is superb at welcoming visitors and making them feel at home.  In this day and age where people talk about our differences, I feel it is important to instead focus on how we are the same.  No matter our race, religion, politics, or location, fundamentally we hold the same values, such as compassion, hospitality, and respect.”

As a gift of appreciation, Ambassador Allen presented the Guest of Honor with a Leiomano, a traditional Hawaiian implement adorned with shark teeth.  The event included special performances by Brunei-based band, Hawai’iFever.  The national anthems of the United States and Brunei Darussalam were performed by Maria
Grace Koh.