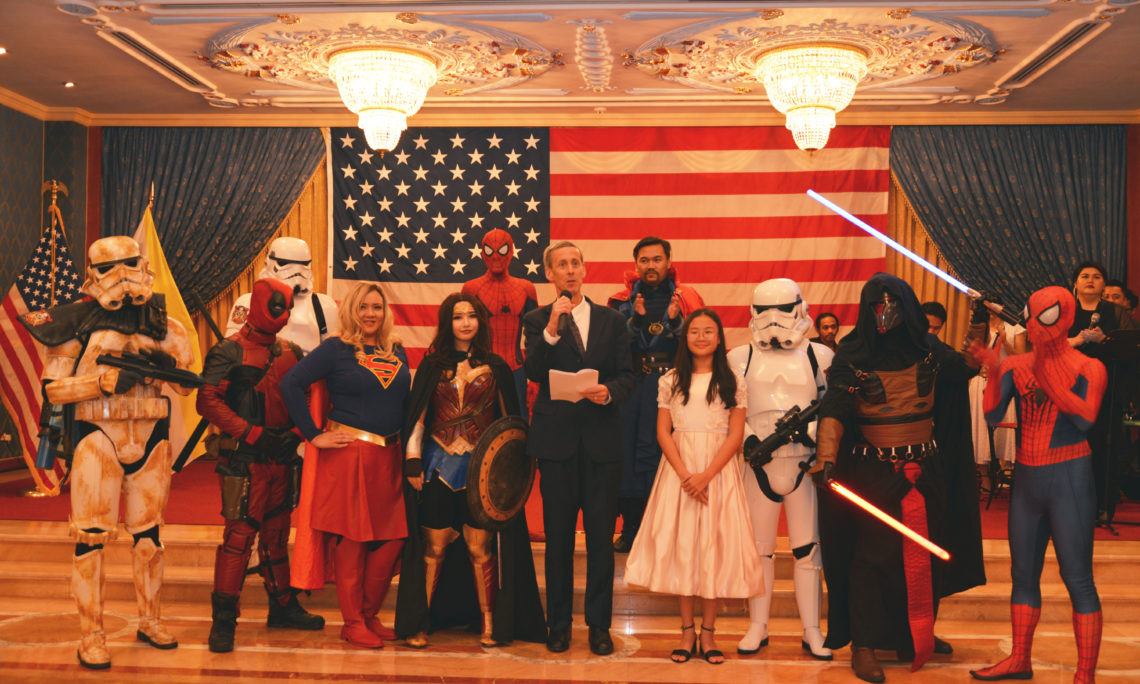 U.S. Ambassador to Brunei Darussalam Craig Allen hosted a celebration of the 242nd Independence Day of the United States on July 3 at the Royal Berkshire Hall at the Royal Brunei Polo and Riding Club in Jerudong.

Highlighting creativity and progress, the Ambassador’s remarks focused on the theme of “American Innovation” from the Declaration of Independence in 1776 to the present day.

The Independence Day reception was attended by Brunei government officials, members of the diplomatic community, business executives, media representatives, and other invited guests.

The event began with Ambassador Allen delivering welcome remarks referencing the
long treaty relationship between Brunei and the United States: “Innovation has been
present in our bilateral relationship throughout the past 173 years as we’ve sought
paths to greater and stronger collaboration.”

Continuing on this them, Ambassador Allen said, “Across the United States, innovation
has been the key to livelihood, success, and advancement. The same spirit of creativity is also ever-present in Brunei, as well, including in His Majesty’s Vision for 2035, and we are honored to have supported and celebrated the growing local talent and leaders of innovation in Brunei.”

The event featured special guests representing this spirit of creativity, fun and innovation. A talented young artist, Zoe Chan, sang the national anthems of Brunei Darussalam and the United States of America, and local band Letters to the Editor performed jazzy versions of popular hits.

As a visual homage to the importance of creativity and innovation, Fanboys Infinite, members of the 501st Legion Brunei Outpost, and other local cosplayers also appeared at the venue in costumes depicting characters from popular science fiction movies and comic books.