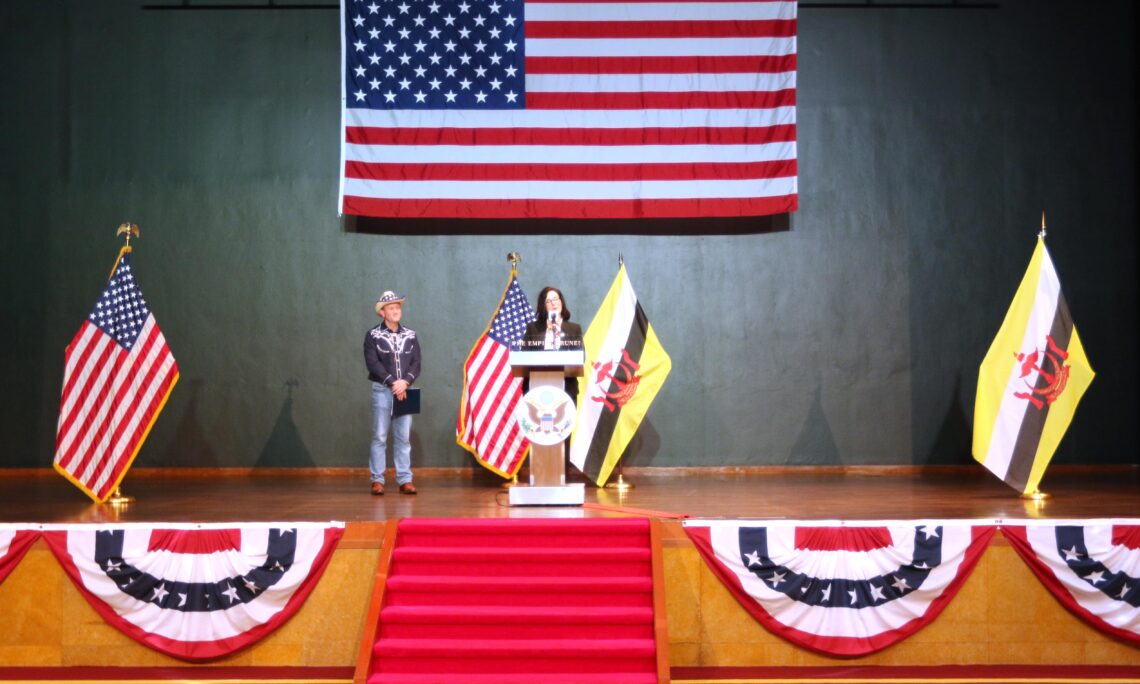 The Independence Day reception was attended by the Minister at the Prime Minister’s Office, The Honorable Dato Seri Setia Haji Awang Abdul Mokti bin Haji Mohd Daud, as the Guest of Honor, as well as Bruneian government officials, business executives, civil society leaders and other invited guests. In her opening remarks, Chargé d’Affaires Emily M. Fleckner spoke about the longstanding ties between the United States and Brunei since the signing of the Treaty of Peace, Friendship, Commerce and Navigation in 1850 – a treaty that is still in effect today.

Chargé Fleckner expressed optimism for a post-pandemic recovery, saying the United States is leading the fight against COVID-19 around the world even as life there is returning to normal under a successful vaccination campaign. “We are already reopening to Bruneian university students, and the day is fast approaching when we will resume the full range of exchange programs that have taken hundreds of Bruneians to the United States and created so many wonderful people-to-people connections between our nations,” she said.

Chargé Fleckner also mentioned the strength of the U.S.-Brunei defense partnership and the fact that Brunei is one of only two countries in the region that enjoys visa-free travel to the United States for tourism and business. She also reiterated the Biden Administration’s commitment to reduce emissions and drive clean energy innovation to tackle the issue of climate change.