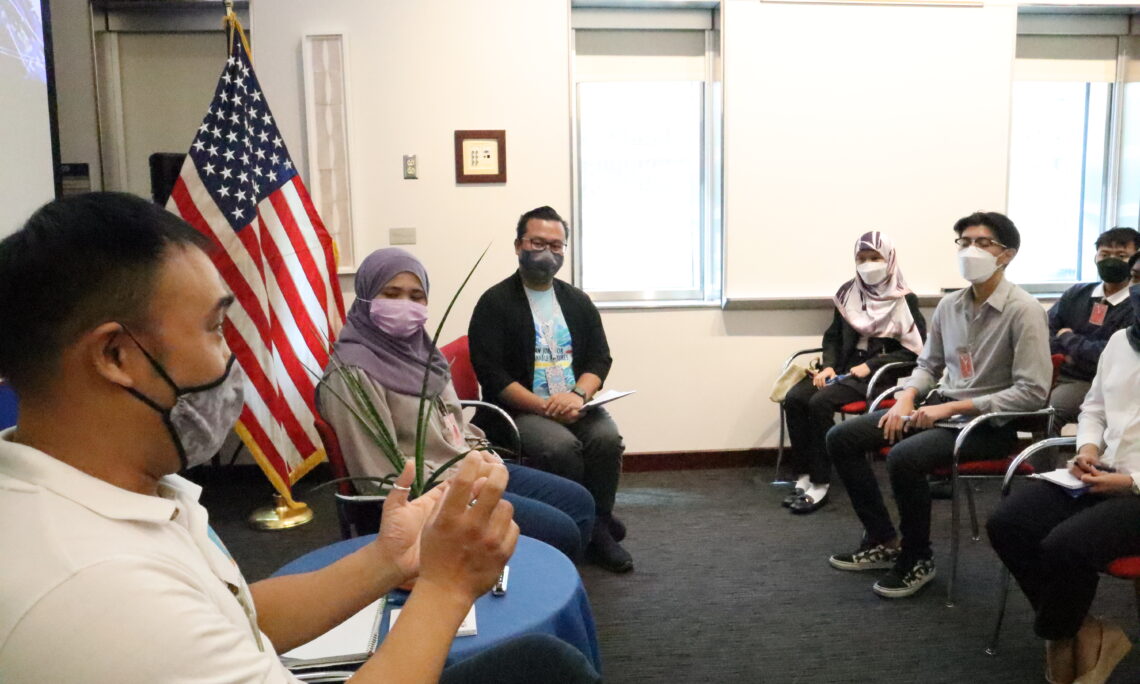 The Embassy of the United States of America in Brunei Darussalam welcomed 18 youth representatives from environmental NGOs to the Embassy to discuss ocean conservation and environmental sustainability in conjunction with Earth Day on April 22.

The youth were joined by U.S. Embassy Deputy Chief of Mission Emily Fleckner and Public Affairs Officer Jeff Barrus. In his welcoming remarks, Barrus highlighted the United States Government’s commitment to working with international partners to combat the climate crisis. He cited the recent Our Oceans Conference, co-hosted by the United States and Palau from April 13-14, as an example of international cooperation in tackling challenges like ocean warming, sea-level rise, and ocean acidification.

Additionally, Barrus revealed the U.S. Embassy will host the annual YSEALI Summit in June, featuring over 100 young climate leaders from Brunei and across Southeast Asia who will gather to discuss cool solutions for a warming planet.

The Earth Day event was an opportunity to assemble groups who have conducted U.S. government-funded environmental initiatives so that they could share their progress and exchange best practices. Shaima Misli, from Sustainable Ocean Alliance, gave a presentation on the recently completed AdvocaSEA Camp, which taught youth leaders about marine conservation issues. Reef Check Brunei, represented by Frederick Chong, also presented information about initiatives like Marine-O-Debris, which was funded through the U.S. Government’s Young Southeast Asian Leaders Initiative (YSEALI) in 2019. The project empowers scuba divers to remove marine debris from the ocean and report data on the types, quantities and location of materials collected.

Other environmental NGO who attended the event include Green Brunei. Following the presentations and discussion, the youth toured the embassy compound to learn about its sustainability features and energy efficient practices.

Tackling the climate crisis is at the center of U.S. foreign policy, diplomacy, and national security. As part of this effort, the United States is committed to championing ambitious global targets for ocean conservation, including conserving or protecting at least 30 percent of the global ocean by 2030.