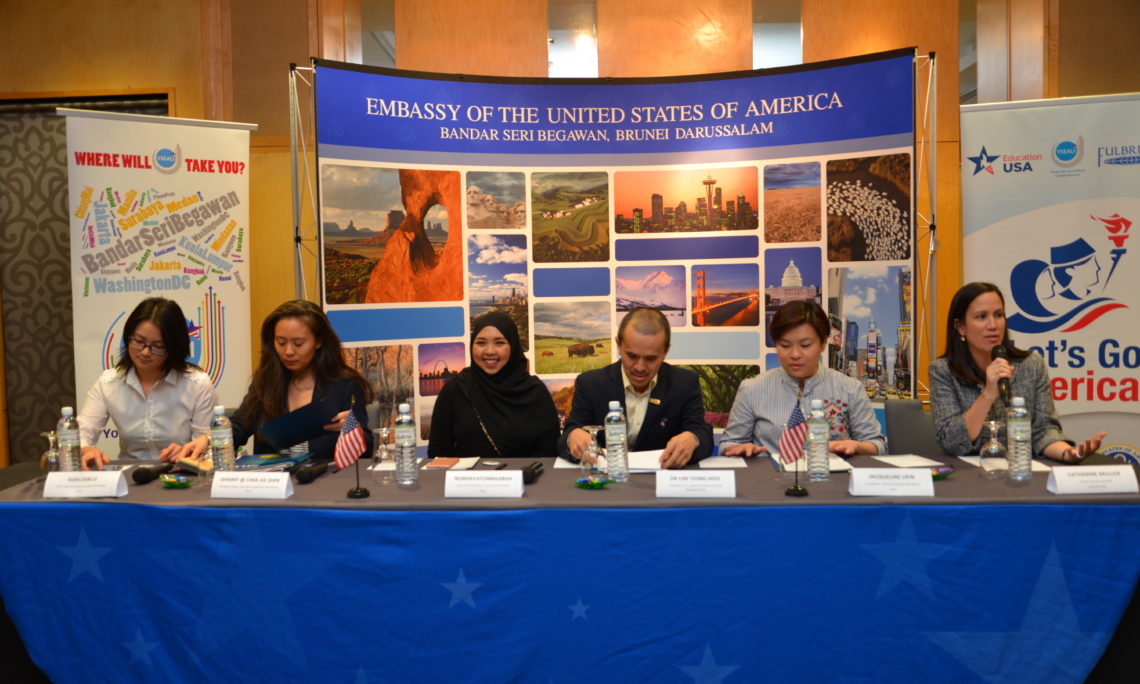 On September 29, 2017, the U.S. Embassy in Bandar Seri Begawan organized an Alumni Conference and Networking Reception at the Radisson Hotel, as part of its annual ‘Let’s Go America!’ event.

Now in its fourth year, ‘Let’s Go America!’ is an annual public diplomacy initiative organized by the U.S. Embassy in Bandar Seri Begawan to showcase education opportunities, travel information, cultural exhibitions, and information on doing business in the United States.

In his remarks, U.S. Ambassador Craig Allen stated, “U.S. exchange program alumni represent an important and direct connection between our two countries and will strengthen U.S.-Brunei relations for many years to come. A strong alumni network is the best foundation for positive relations between countries through sustained personal contact.”

The event gathered approximately 85 alumni of U.S. government exchange programs, many of which are organized through the Department of State’s Bureau of Educational and Cultural Affairs.  The event gave alumni the opportunity to network with each other, share their firsthand experiences on traveling, studying, and living in the United States, and discuss possible opportunities for collaboration on ongoing community projects.