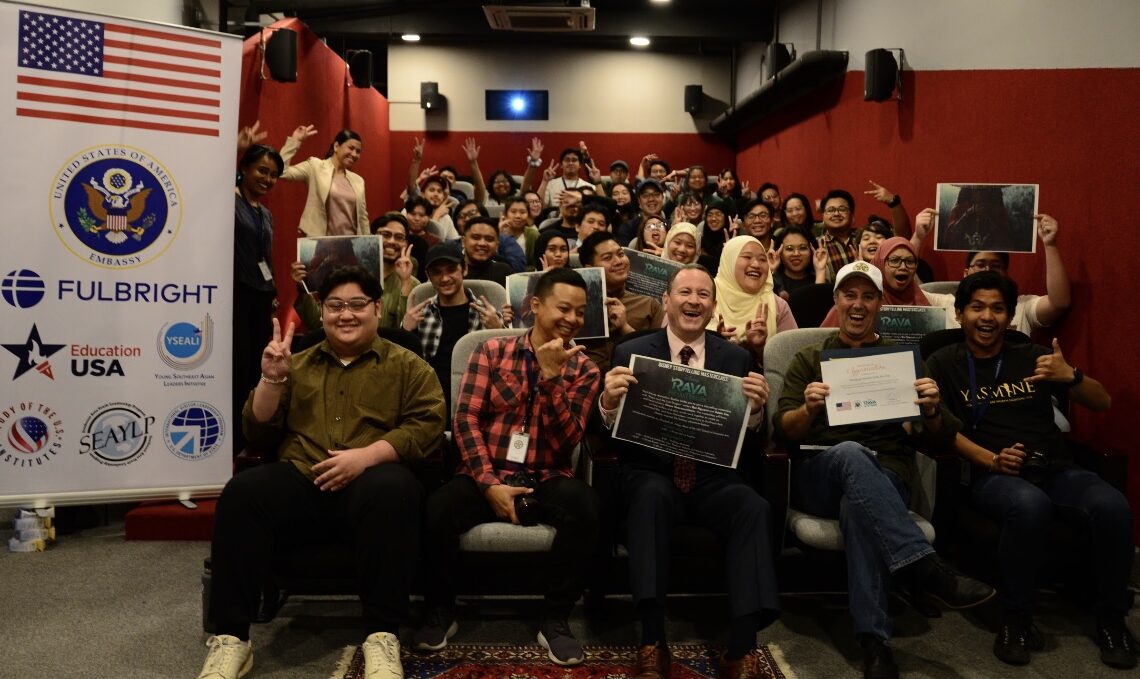 Ahead of the release of Disney’s newest animated feature film “Raya and the Last Dragon,” the Embassy of the United States of America in Brunei Darussalam and Mahakarya Institute of the Arts Asia (MIAA) hosted an exclusive storytelling masterclass on March 2. The virtual masterclass was led by screenwriters Qui Nguyen and Adele Lim, and Head of Story for “Raya and the Last Dragon” Fawn Veerasunthorn.

Film students at MIAA, as well as local filmmakers and animators, took a behind-the-scenes look at the making of “Raya and the Last Dragon.” The masterclass focused on how writers and story artists work together to create an animated film, and how the makers of this film were inspired by their connections to Southeast Asia.

The U.S. Embassy hosted the event to promote storytelling and the creative arts in Brunei as an emerging industry for economic diversification. The event also provided an opportunity for students and filmmakers to consider university-level digital studies, including filmmaking and animation, in the United States.

According to Dr. Alex Fischer, Dean of MIAA, “For many attending, Mahakarya is the first step towards a career in the creative industry. We are pleased to collaborate with the U.S. Embassy, Disney and the University of Southern California (USC) School of Cinematic Arts to provide rare opportunities such as this for students to interact with leading industry professionals.”

Through various capacity-building and funding programs, such as the Young Southeast Asian Leaders Initiative (YSEALI) and the Small Grants Program, the U.S. Embassy has consistently supported Bruneians telling their stories in their own voices and honing their creative skills. One such success story is U.S. government grant recipient Play Naturally, a Bruneian conservation theatre program run by local youth that raises awareness of environmental conservation and indigenous cultures.

This masterclass was coordinated by the U.S. Embassy and MIAA in conjunction with Walt Disney Animation Studios and the USC School of Cinematic Arts. The Masterclass is also being coordinated in Singapore, Malaysia, Indonesia and the Philippines. “Raya and the Last Dragon” is due to be released in theatres worldwide on March 4.