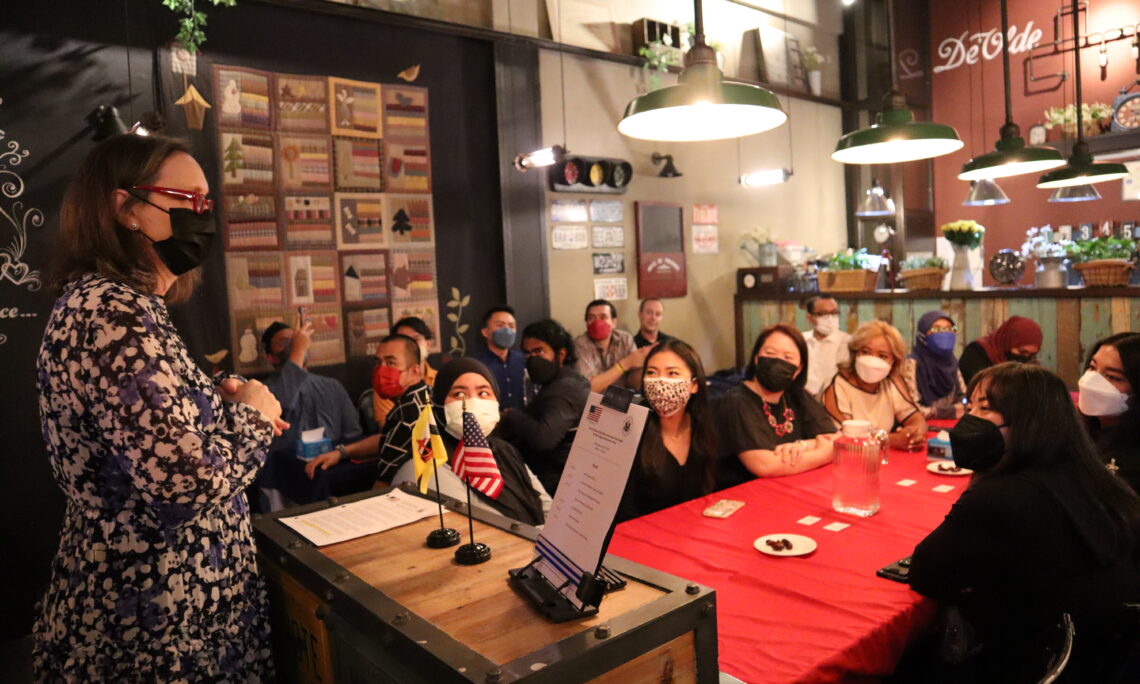 The Embassy of the United States of America in Brunei Darussalam hosted a Sungkai, or Iftar, for U.S. exchange program alumni, colleagues from government agencies, NGO leaders, civil society representatives, educators and media representatives at De ‘Olde Cottage in Kiulap on April 20, 2022.

United States Ambassador-designate Caryn McClelland welcomed guests to the event by saying how fortunate she felt to be learning more about Bruneian culture and food traditions during Ramadan. “Having worked previously in Malaysia and Indonesia, I know this month often brings out the best in people, reminding us of our shared responsibility to treat others with kindness and compassion,” she said.

Ambassador-designate McClelland noted that it has become a tradition for the U.S. president to host an annual Iftar dinner at the White House while ordinary Americans often host them too, since across the 50 states more than 3.5 million Americans practice Islam. “These Iftars, which often include people of all faiths, show the vital role religious communities play in promoting mutual respect, inclusion, and protection of human rights,” she added.

The Sungkai was also attended by a new American exchange student in Brunei Darussalam, Moez Hayat, who will be studying the interplay of Brunei’s religious and cultural traditions with modern education at Universiti Brunei Darussalam under the Fulbright U.S. Student Program.

2019 Fulbright U.S.-ASEAN Visiting Scholar alum Dr. Hilmy Baihaqy bin Yussof led a prayer before the breaking of the fast. During the course of the evening, guests engaged in lively discussions about Brunei’s local culture, the significance of Ramadan, and common practices for American Muslims. Guests also learned about U.S. Embassy programs such as the Small Grants Program, the Fulbright Program, the Young Southeast Asian Leaders Initiative (YSEALI), the Global Undergraduate Exchange Program (Global UGRAD) and other study and exchange opportunities in the United States.