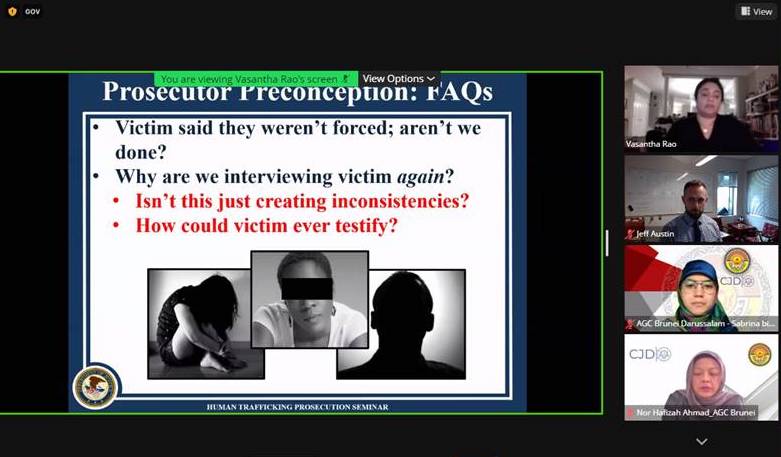 The Embassy of the United States of America in Brunei Darussalam concluded a two-day virtual training on human trafficking prevention today for more than 40 Bruneian investigators, prosecutors, police officers, and government employees involved in the fight against TIP.

The training session included discussions on employers retaining workers’ passports, living standards for migrant workers, abuse of household employees, victim identification and protection, and the Palermo Protocol, to which Brunei is a party.

The 2021 Trafficking in Persons Report recognized Brunei’s efforts in hopes of meeting the minimum standards for the elimination of trafficking and recommended increased efforts to investigate, prosecute, convict, and punish both sex and labor traffickers, including complicit government officials, with strong penalties.