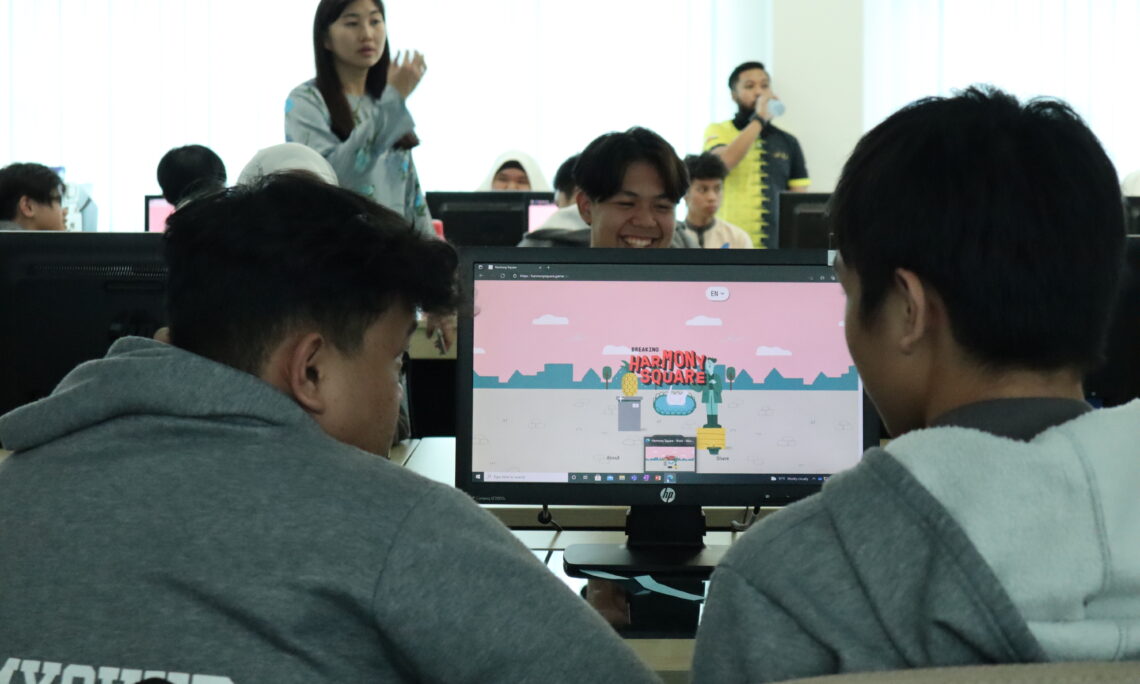 The Embassy of the United States of America in Brunei Darussalam gave students at Yayasan Sultan Haji Hassanal Bolkiah Secondary School the chance to play a new online game to raise awareness of the dangers of online disinformation on June 24, 2021.

Up to 69 Year 10 students participated in a game of Harmony Square. The objective of the game was to help students identify common online manipulation techniques — trolling to spark outrage, exploiting emotional language to create anger and fear, or amplifying reach using bots and fake followers — that spread disinformation in cyberspace. The event was also attended by YSHHB Secondary School Principal Chong Li Chen. According to U.S. Embassy Public Affairs Officer Jeff Barrus, as young people spend more time online, they need to increase their digital literacy skills in order to not fall victim to disinformation and fraud.

“The goal of the game is to expose the tactics and manipulation techniques that are used to mislead people, build up a following, or exploit societal tensions for political purposes,” said Barrus. “Playing the game helps students understand how disinformation works so they are better able to spot it in the real world.”

Harmony Square was created by University of Cambridge psychologists with support from the U.S. Department of State’s Global Engagement Center and the U.S. Department of Homeland Security’s Cybersecurity and Infrastructure Security Agency (CISA). The gameplay is based on “inoculation theory” – the idea that exposing people to a weak “dose” of common techniques used to spread manipulated news allows them to better identify and disregard misinformation when they encounter it in the future.

Following the game, EducationUSA Advisor Mayra Robles briefed students on higher education opportunities in the United States and encouraged them to start early on applying to U.S. universities.