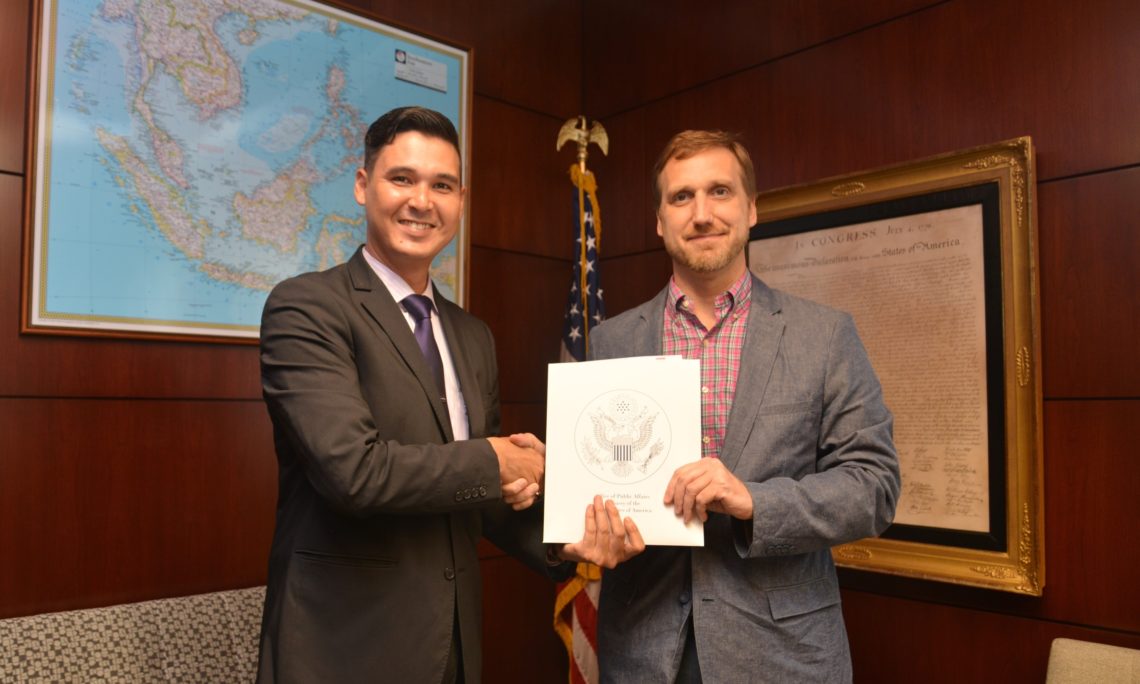 August 16, 2016 – The Embassy of the United States of America in Brunei Darussalam is pleased to announce the latest participant in the 2016 International Visitor Leadership Program, the U.S. Department of State’s premier professional exchange program. Commander Sonny Iskandar Rasani, Commanding Officer of KDB Darussalam in the Royal Brunei Navy, will visit the United States from August 13 to September 3, 2016 to participate in a program on ‘Law of the Sea and Maritime Security.’

Sonny Rasani will join government officials, academics, and maritime security experts from across the Asia-Pacific. They will travel to six locations around the United States, namely Washington D.C., Maryland, New York, Seattle, Washington, Florida, and Honolulu, Hawaii, and will explore different themes such as the Third United Nations Convention on the Law of the Sea (UNCLOS III) and its applicability in the Pacific Ocean and the Southeast Asian region, legal procedures for resolving international maritime disputes, investigative techniques for anti-piracy, and more.

Speaking on Rasani’s selection for the program, Chargé d’Affaires Mark S. Dieker stated, “The U.S. Embassy in Brunei Darussalam is excited to offer amazing programs such as this to outstanding Bruneians seeking professional development while forging closer ties between the United States and Brunei Darussalam. The ‘Law of the Sea and Maritime Security’ program in itself is exceptional as it will give Commander Rasani the opportunity to not only to analyze the history of maritime issues in the region, but also examine various conflict resolution methods.”

Commander Rasani commented, “I am both humbled and honored to be given this opportunity by the U.S. Embassy to take part in such a prestigious program. I hope to gain as much knowledge as I can in the area of maritime security and maritime law and be able to discuss with my fellow participants on regional issues. In addition to this I would also like to take the opportunity to learn some of the best practices of the United States and see if any of them will be applicable for use in Brunei in the future.”

The IVLP provides an opportunity to strengthen relationships between international participants and their American counterparts. Now in its 75th year, the IVLP is one of the U.S. Department of State’s most important exchange programs, connecting current and emerging foreign leaders with the American people through short-term programs to build mutual understanding on a wide range of issues. Nearly 200,000 distinguished individuals have participated in the program, including more than 335 current or former Chiefs of State or Heads of Government, and thousands of leaders from the public and private sectors.

More information on the IVLP can be found at the following link: http://exchanges.state.gov/ivlp/ivlp.html