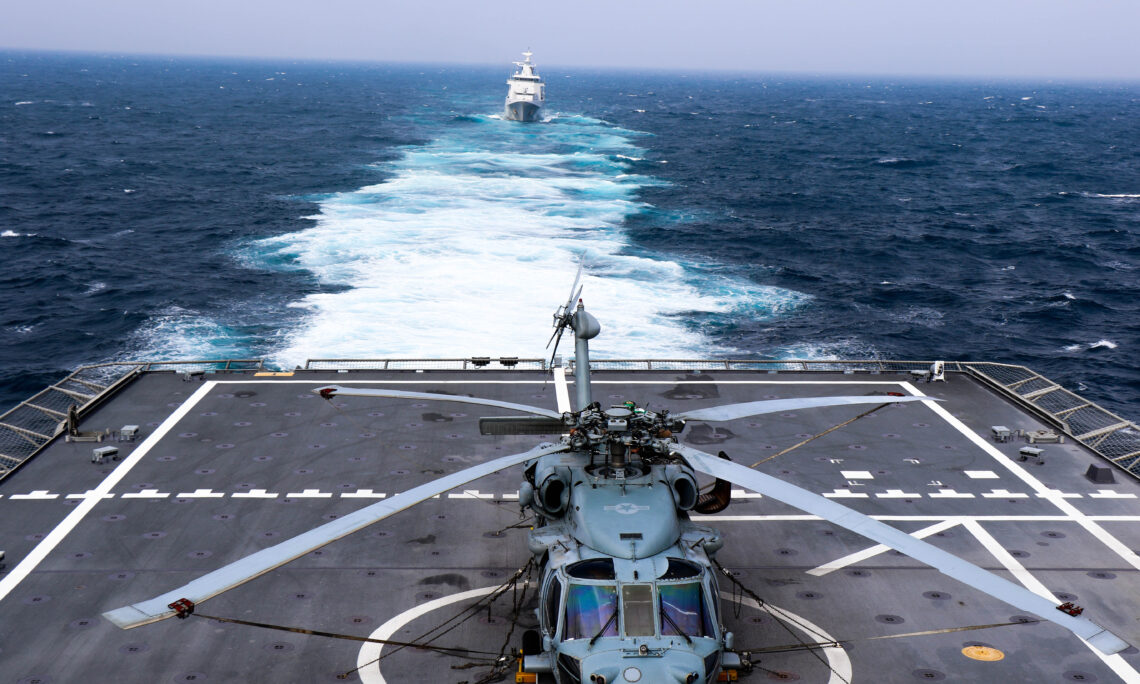 The USS JACKSON of the United States Navy (USN) made a logistics port of call to Brunei Darussalam from 14th – 16th January 2022. Along with the visit, the Royal Brunei Navy (RBN) and USN have successfully conducted the Passage Exercise (PASSEX), on 13th January 2022, between KDB DARUTTAQWA and USS JACKSON.

During the PASSEX, both ships conducted a series of communications and maneuvering exercises which concluded with a breakaway where both ships bid farewell and expressed appreciation on good friendship between both navies.

The PASSEX provides an opportunity for all crew and officers from both navies to practice and enhance their drills whilst performing the serials; as well as enhance interoperability between RBN and USN. Both captains expressed gratitude and fulfillment with the exercises and look forward to more opportunities to strengthen naval ties in the future.

During the logistic visit, Captain Khairil bin Haji Abdul Rahman, RBN, Fleet Commander of the RBN received a virtual courtesy call by Commander Michael Root, Commanding Officer of USS JACKSON, where both sides affirmed their commitments towards enhancing interoperability and possibilities of capacity building opportunities in the future.

The RBN remains committed to strengthen its longstanding bilateral relations with USN, enhancing interoperability and capacity-building opportunities towards the goal of cooperation at sea. The RBN wishes USS JACKSON fair winds and following seas to their next port of call.